Hey guys and welcome to another warframe build article. Today I want to go over Khora Whip Claw Build. Well, it’s actually gonna be several builds for Khora, Venari, and melee weapon. I’m also gonna talk a little bit about some of the changes and tweaks that Khora has received and that have at least in my humble opinion made her better.

And let us start off with Khora herself. So, the build I’m using focuses a lot on Whipclaw but also has a lot of quality of life stuff. It’s a three forma Khora Build where I’ve reforma the aura polarity into a Dash and I’ve added a D and a V.

Then for the exilus slot I decided to go with Handspring because number one it already comes with a Dash polarity and number two I quite like Handspring. I’ve been using it on Saryn for quite a while in Sanctuary Onslaught and it’s just really nice. The faster knockdown recovery is just really cool.

Then I want to get some range for Whipclaw so I’m using Stretch and Augur Reach because it now also scales the sonic boom the explosion you get with Whipclaw. And with something like this which is 75% power range you can actually cover a pretty sizable area. And I have a feeling they adjusted the hitbox of the whip claw as well because it feels like it’s much easier to hit things with it now.

Now after this comes some beefiness so we have Steel Fiber for armor and Vitality for health. This provides survivability for me but also both my companion since they’re using link mods. Then I’m using Primed Continuity here just to kind of balance out some of the negative duration I have on this build so that both Ensnare and Strangledome lasts a decent amount of time. And if you don’t have Primed Continuity the standard version is gonna be fine as well.

After that, I’m running Hunter Adrenaline which was number one convert damage done to my health into energy. So, it actually helps me sustain energy for Whipclaw. And number two it gives me another piece of the Hunter Set bonus which provides more damage for companions against enemies that have slash procs on them.

Then for good measure, I added a little bit of extra power strength with Intensify for a tiny bit more damage. But it’s actually not necessary you can swap this out for something else if you want.

And I finish Khora Build with Fleeting Expertise which gives me loads of efficiency and makes my abilities a lot cheaper.

Then for the stats take I’m using the Gazal Machete but you can use whatever you want because the stats of the weapon don’t matter what matters is the mods because those will scale the damage of your Whipclaw.

So, we started off with the stance and it doesn’t matter which one because we just want the extra capacity. Then we have Primed Pressure Point and Spoiled Strike for damage. After that, we have True Steel for crit chance, Organ Shatter for crit damage, and I’m using a riven mod because I have one.

Then since Whipclaw will build and be affected by our combo counter we’re using Drifting Contact for the longer combo duration and some extra status chance. And I topped it all off with Vicious Frost and Primed Fever Strike for viral damage and a little bit of extra status.

Then comes Venari where I have four forma build where I’ve added three V’s and one D. So, the mods I’m using are number one Scavenge which gives her a 90% chance to open the locked lockers and this is because she comes with an ability polarity and the only two things that you can reasonably put in there are Scavenge and Territorial Aggression which is useless because it pacifies a wildlife.

After that, I’m using Sharpened Claws which is an attack that does lots of damage but more importantly it will strip away the target’s armor. Then to beef Venari up a little bit I’m using a Link Health and Link Armor which gives her a bunch of health and armor. Then I have Animal Instinct which is a mod that I just cannot play without anymore. It’s just too good.

Then I swapped on Swipe which is an attack that kavat can perform and it will hit four targets within two meters of the kavat. I also put on Hunter Synergy for the crit link, Hunter Recovery for the lifesteal link, Bite for crit chance and damage. And finally Maul for melee damage.

Now, my goal with this wasn’t to make the greatest setup in the world..It was just to make an enjoyable and fun setup that can do the majority of the content in the game because I don’t really do endurance runs anymore so level 100 is basically as high as I will go. And if every now and then I want to go into Sanctuary Onslaught and get into the higher zones I’m just gonna use Saryn.

But that doesn’t mean that the setup doesn’t do damage. It does even versus armored unit especially if you grab the enemies with Ensnare first because that will make you do double damage and leave behind some very nasty slash procs. You could also combo it with Strangledome and kind of spread the damage out that way. Though I mostly use Strangledome when things go very wrong.

Overall, if you’re a fan of companion based characters I would recommend you check Khora out. You don’t have to invest as much forma as I did. Just try it out without any forma to see if you like Khora or not.

So, I thank you very much for reading. and I will see you next time. Bye-bye. 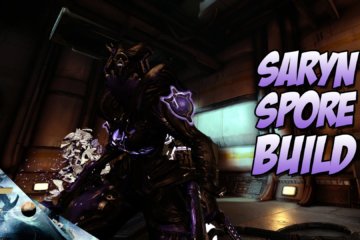 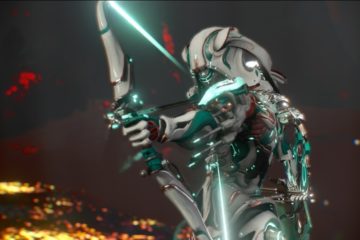 Hey guys and welcome to another Warframe build article. Update 22.17.3 came out with four Augment Mods. The most interesting one is definitely the mod for Ivara - Concentrated Arrow. 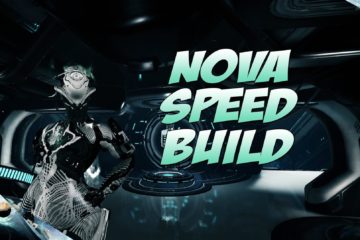 Hey guys and today we’re gonna take a look at the Nova Speed Build which unlike Nova Slow Build speeds enemies up rather than slowing them down.