Hey guys and welcome to another Warframe article and today we’re gonna take a quick look at a new sniper rifle that was just released with the Chrome Prime Access - the Rubico Prime.

How To Get Rubico Prime

Now, just like with any other prime weapon, you get the parts for Rubico Prime from relics. Look at this article to find out which relics you need to crack open and what are the best places to farm these relics.

The Rubico Prime is a semi-automatic sniper rifle that requires you to be at least mastery rank 12 to use it and does 187 damage per shot: 149.6 is impact, 28.1 is puncture, and only 9.3 is slash. It fires up to 3.67 rounds per second with 5 rounds in the magazine 72 rounds in total, and a decent reload time of two seconds. It comes with two different zoom levels. The first one being a 2.5 times zoom which will grant you plus 35% bonus critical multiplier. And the second one is 5 time zoom which will grant you 50% bonus critical multiplier.

The Rubico Prime also comes with decent combo stats you will get your first combo multiplier after you land your first shot and the combo decays after 2 seconds. Where it gets really spicy though is with the supporting stats more specifically the crit. It has 38% base crit chance which is really nice and 3x combo multiplier which is very high. It also comes with 16% status chance and it has two V polarities as standard. So, it is all in all much better than the standard Rubico but it is still one of the least damaging sniper rifles in the game. And not that it really matters though because it is outweighed heavily by the five round magazine and decent fire rate so if you just unload into an enemy you will destroy them.

Now the Rubico Prime Build I went for is a pretty chunky four forma build where I’ve added a V, two dashes, and a D. And the mods I’m running are Serration for more damage, Split Chamber for multishot, Point Strike for crit chance, Vital Sense for crit damage, and Vigilante Armaments for more multishot. Then because I’m using this build primaraly to hunt Eidolons I added Primed Cryo Rounds for cold and Hellfire with Stormbringer for radiation.

Now as I’ve mentioned already I built my Rubico Prime to hunt the Eidolon so it’s not optimized for fighting normal enemies. However, if you do want to do that I would recommend taking out Vigilante Armaments so you’ll lose multishot and replacing it with Argon Scope for more crit chance which is going to take massive advantage of the high crit multiplier. It should also reduce the forma requirement from four down to three.

But anyway even though this Rubico Prime Build was not made to fight normal enemies it still performs really well regardless of the faction. The only enemy type the build has a bit of an issue with are heavily armored Crineer or Corrupted with ferrite armor. Everything else usually dies in one headshot.

And now let’s talk a little bit about the Rubico Prime performance against Eidolon which is what this weapon was ultimately all about for me. So first up we have joint damage without any kind of outside damage buffs. And it’s not too shabby actually and it feels really good just like the standard Rubico because it doesn’t do overwhelming amounts of damage per shot or like the Lanka but you can fire a lot more often. So, if you accidentally miss a shot it’s not that big of a deal. And the Rubico Prime gets really nice when you introduce outside damage buff like Rhino’s Roar.

And then we have the headshot damage in the final phase which is honestly not the best if you don’t have any outside damage buffs and it’ll probably take you quite a while to finish the Eidolon off. But if you add something like Rhino’s Roar you’re gonna do more than enough to take it down comfortably before things get too hectic. So, all in all I’m extremely satisfied with the performance of our new Rubico Prime. It is just really good. It does more than enough damage to take down the Eidolons and it’s a little bit more versatile when it comes to normal missions than other sniper rifles because of that five round magazine and decent fire rate.

And it’s pretty much all I wanted to say. I thank you very much for reading and I will see you next time. Bye-bye. 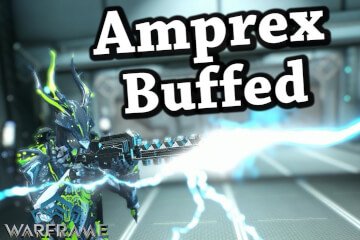 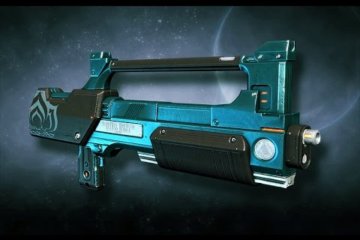