Hello everyone and welcome to another Warframe build article. Today we’re gonna take a quick look at Pyrana Prime our newest secondary shotgun that was just introduced with Limbo Prime.

How To Get Pyrana Prime

Now, just like with any other prime weapon, you get the parts for Pyrana Prime from relics. Look at this article to find out which relics you need to crack open and what are the best places to farm these relics.

The Pyrana Prime is a fully automatic secondary shotgun that requires to be at least mastery rank 13 to use. It does 240 damage per shot 201.6 is slash and 19.2 is both puncture and impact. It fires up to 4 rounds per second with 12 rounds in the magazine 210 rounds in total and a reload time of 1.6 seconds it has very solid 24% crit chance and above-average 2.2x crit multiplier and a fairly low 12% status chance. It also comes with 2 V polarities as standard which is always nice for a secondary weapon.

The Pyrana Prime also comes with a very cool unique mechanic where if you manage to get three kills in a rapid succession it was simply materialized another Pyrana in your offhand and turn into AkPyrana Prime for a short period of time. And the best thing about this is that all the questions you might have about certain issues that may arise when you do something like this have been solved in the best way possible. It’s just so good.

The only downside I can think of is that it starts to kick and shake your screen quite a bit when you go full auto with both of them. So, what it does is it doubles your fire rate and magazine without actually affecting the reload time and it immediately loads in those 12 extra rounds that you get with the second Pyrana which is pretty awesome on its own. But it’s even better than that because those 12 extra rounds don’t actually come from your ammo reserve which kind of help with the ammo economy because otherwise you just blow through your ammo way too fast. And when you have 12 or fewer rounds are loaded into the AkPyrana when the second Pyrana disappears you won’t actually lose anything. You will only lose ammo if you have more than 12 rounds. The whole mechanic is just really really good.

Now, the build I ended up with on the Pyrana Prime is a simple four forma build where you add three V and a Dash. It’s a pretty straightforward crit build where I added Hornet Strike for damage, Barrel Diffusion for multishot, Lethal Torrent for fire rate and multishot, and Primed Pistol Gambit for crit chance. Then I added Primed Target Cracker for crit damage. And then you can either go for Augur Pact if you want even more damage or you can slap in another 90% elemental or you can go for Steady Hands which is a valid option as well if you’re really bothered by the excessive screen shake of the act Pyrana. And I decided to top it all off with viral damage. So, I went with Deep Freeze and Pathogen Rounds because even though you do have 30% status this is a shotgun. So, the status is pretty unreliable and you only need to proc viral ones and get the full effect of it for eight seconds.

So, there is no reason not to get the Pyrana Prime. This weapon is crazy. And it’s not just that the weapon does a lot of damage. It’s also a lot of fun to use. So, that’s pretty much it for the article. I thank you very much for reading. I hope you’ve enjoyed the article and I will see you next time. Bye-bye. 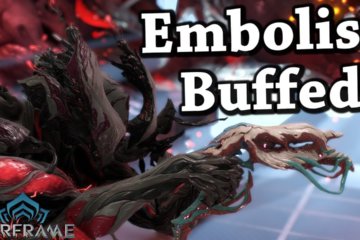 Hey guys and welcome to another weapon build article. Today we’re gonna take a quick look at a secondary weapon that I’ve been eyeballing for quite a while because it’s kind of interesting and it goes by the name of Embolist. 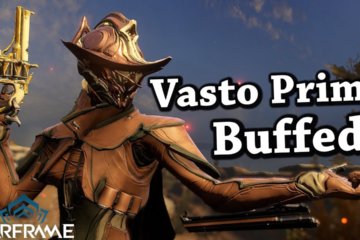 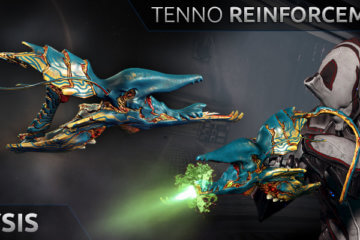