Now, if you’re looking for an article that will teach you how to get a large amount of platinum very very quickly then this is not the article you want. Over my time with playing, I’ve earned myself probably around 3500 plus platinum in game. Almost all of these have come in very small amounts, very very slowly. I have made a few large trades here and there but they’re very few and far between. I’ll be sharing my insights into what I feel is the best way to earn a steady constant amount of platinum.

The most obvious method of earning platinum is of course prime parts. These used to be the go-to method of earning platinum but, honestly, on PS4 at least I feel it’s now not worth it. Prices for even entire sets are sometimes below 100 and mostly around 50. This deep drop in the value of prime parts I blame mostly on the large amount of players now playing Warframe. Whatever prime parts you are selling this bound to be about 500 other people who are selling it at the same time. Along with this it’s also very very easy to obtain rare prime parts now. You just have to get four radiant relics and in around 2 to 3 runs you have your prime parts. Thirdly, of course, there are the low ballers. As annoying as these guys are they do unfortunately influence the market. You find plenty of people trying to buy entire prime set sometimes for just found 10 platinum. Still, it doesn’t mean that prime parts should be disregarded as a source of platinum. Just keep an eye out for some decent offers. I wouldn’t honestly recommend selling whole sets at the moment it seems that single prime parts generate far more platinum at least in the PS4 market.

Probably, the most reliable source of platinum in game are the syndicates. Every syndicate will allow you to buy certain archwing weapon parts, certain warframe, augment mods, and of course special weapons, Now, my word of advice never waste your syndicate points on the syndicate weapons, unless you’re buying them for yourself. That is, as I remember, the secondaries will cost you a hundred thousand points, and the primaries and the melee weapons will cost you one hundred and twenty five thousand points each. And unfortunately they will not sell above 50 platinum. I’ve even seen some people trying to sell them for at least twenty just to get rid of them. For all this standing that you’ve wasted you would have sold five syndicate augment mods for around ten to fifteen platinum each, gaining your decent amount of platinum around 50 to 75. The best part is you don’t actively have to work for these you can just play the game rack up some syndicate points and then spend them on the augment mods. Once you’re syndicates maxed out I recommend instead of buying a weapon or something just by a few mods and you’ll be able to sell them for a decent amount. The most that I would recommend will be Despoil (used in Nekros Desecrate Build), Ironclad Charge and Vampire Leech (used in Trinity EV Build). 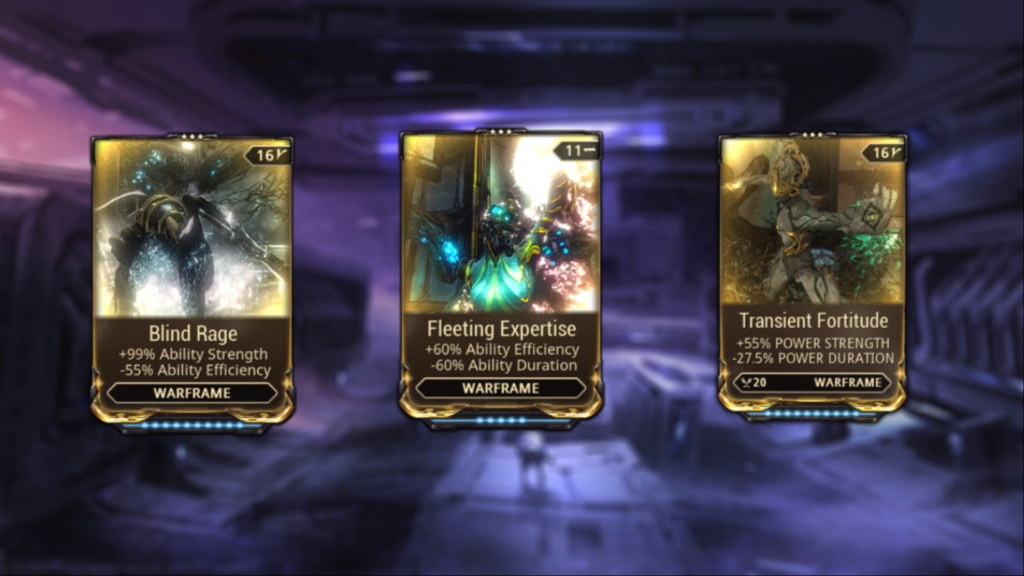 Yet another ever green source of platinum are the corrupted mods. Now people always want corrupted mods, there’s a constant stream of new players coming to the game and they always want their mods like Fleeting Expertise, Blind Rage, Transient Fortitude. These are always in demand. The only downside is that you really have to work to get these mods. You have to go to the derelict you have to have a bunch of keys equipped and you, of course, need four players. Some of them are unfortunately somewhat useless and not really wanted by most people. On the other hand, there are certain mods that are little rarer than the rest mods like Blind Rage, Transient Fortitude, Fleeting Expertise, Overextended. If you look at the trade chat you almost always find some request to by one of these. These can be sold off for around a decent 10 to 20 platinum each depending on the buyer. There are of course always people willing to buy them for like five or eight. Never sell these mods for less than ten. Here you can find more information about how to earn Platinum through Vault Runs. 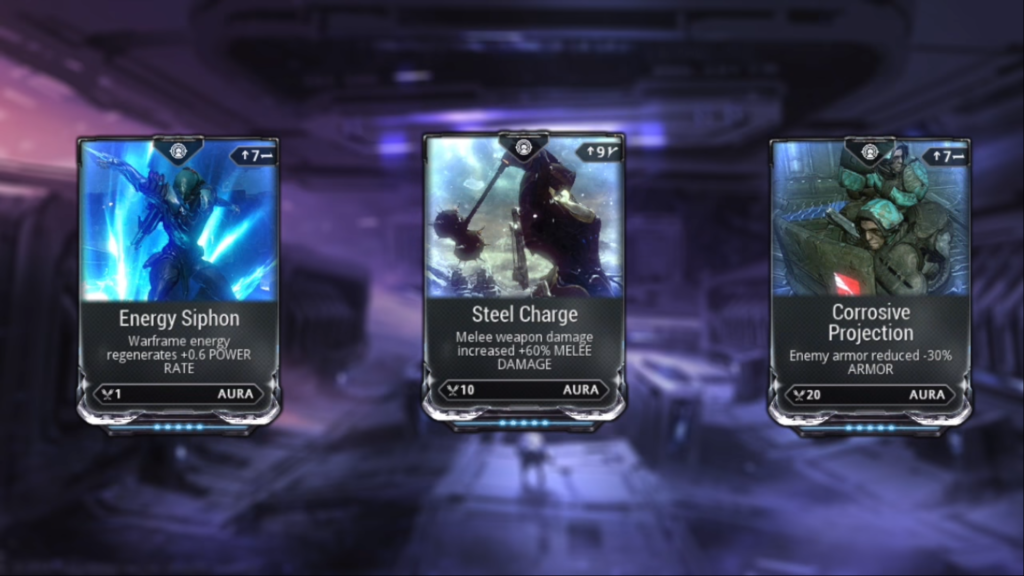 Now, Aura Mods are only earned in special alert missions. Mods like Energy Siphon, Steal Charge, and Corrosive Projection are the recommended Aura mods. These ones will sell for around ten to fifteen platinum each. As always, there are people who are willing to buy lower. There are certain Aura mods like the scavenger series which will increase the amount of ammo you get every pickup but these are barely used so I wouldn’t recommend going after them.

Another bunch of mods I’d highly recommend getting all the dual stat elemental mods. You can find these mostly by doing the spy missions at different difficulties or you can find the toxin ones by defeating and Corrupted Vor in the Orokin void in missions that are around level 40. Some of these mods are rarer than the others. So, you should be wary when selling them. Some will sell around 5 platinum each but certain ones can be sold for around 15 at least. 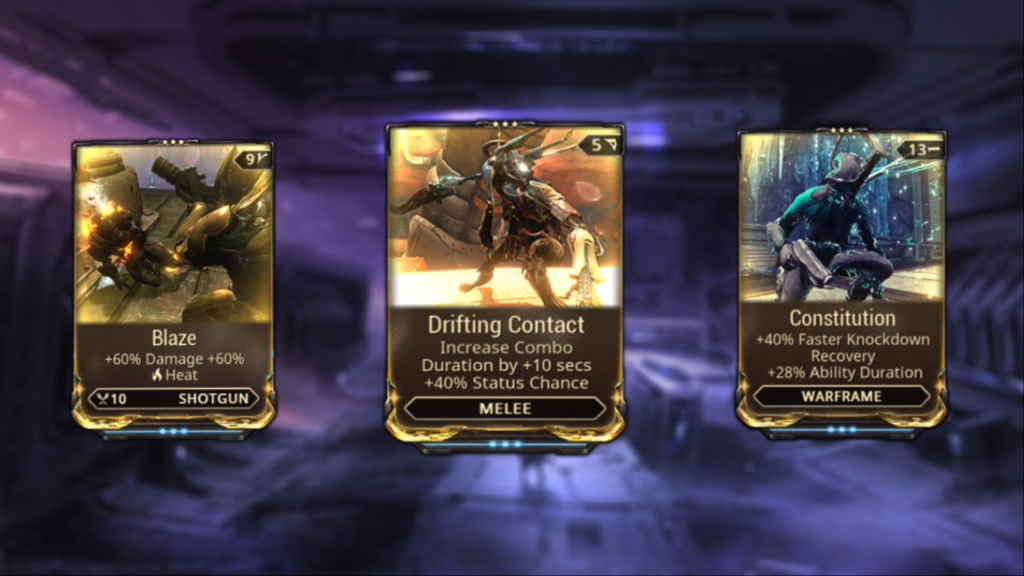 I would also highly recommend doing the nightmare missions as they pop up on the map. Now you need to finish every single mission on a planet before it becomes eligible to do nightmare missions. Nightmare mods used to be very very easy to get but they’re slowly drying up in supply which means that certain mods like Drifting Contact and Constitution also are being searched for and getting pretty decent prices. Drifting Contac, in particular,r seems to be getting quite a lot of attention these days. There are people who are sometimes trying to buy this for 35 platinum plus. 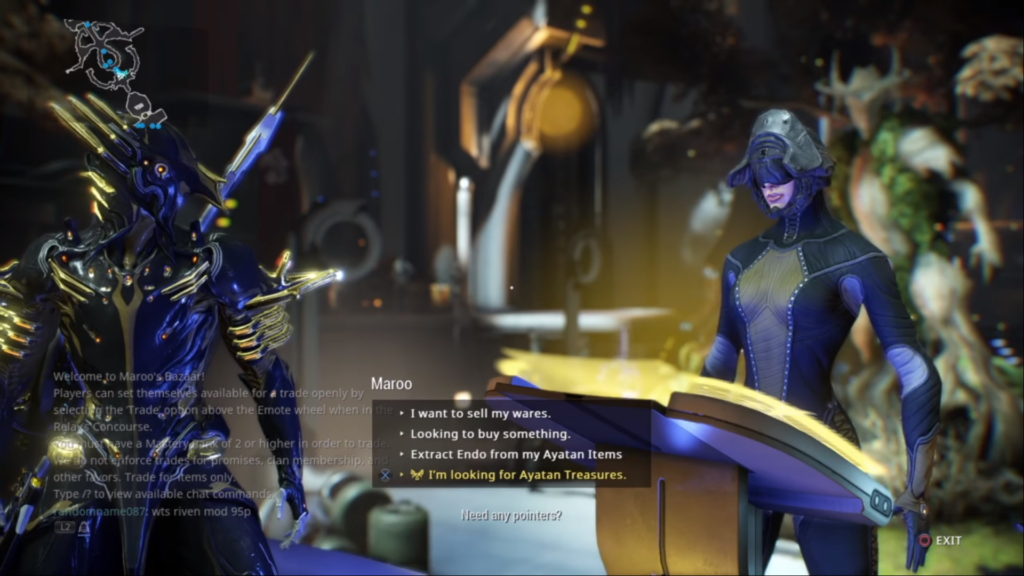 My very last recommendation is probably not best for some of the newer players because it’s a nice way to get some endo, and that is to sell off your Ayatan Sculptures. Ayatan Sculptures can be found in missions normally or they can be found in special alerts by Maroo or they can be dropped by sorties. Now, it’s somewhat niche market. There are very few players who actually want to buy these sculptures seeing as how easy they are to get. However, there are some players who will buy them for sometimes one two three platinum each so, you might be able to use it as a source of a little extra platinum. If you have tons and tons of Ayatan Sculptures just lying around, and don’t want to use them for decoration purposes like me, there are select few people to buy them off of you. The reason I wouldn’t recommend these to new players is because Ayatan Sculptures are a good source of endo which you need to power up your mods. So, even if you have a few extra items lying around save them up for a little later. Don’t sell off your Ayatan Sculptures, unless you have tons and tons of endo and no mods to use them on. 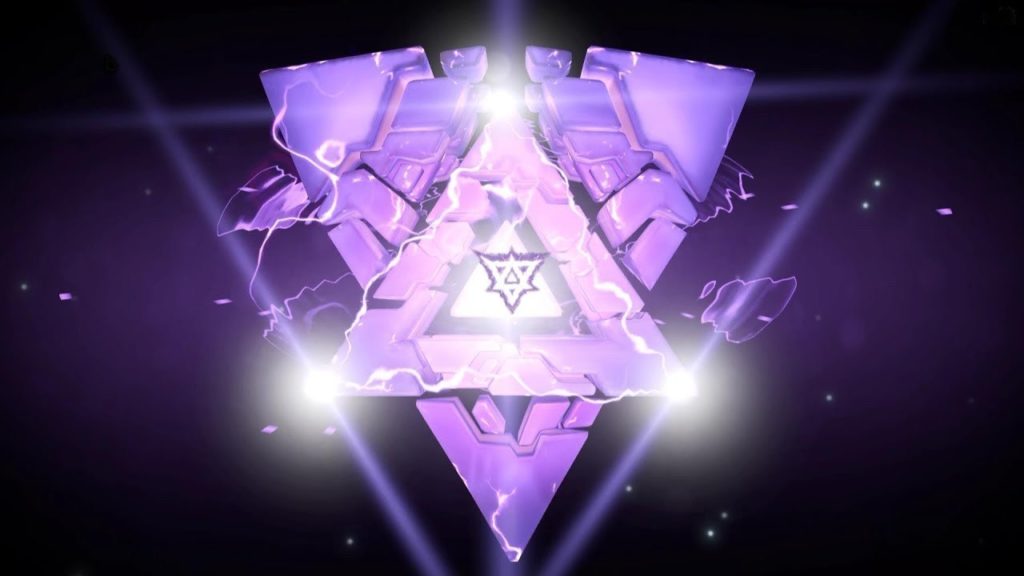 So, let’s talk about riven mods. Riven mods are also a good way that you can earn some serious platinum but there are a few different ways of handling these.

So, the first way is to sell the riven mod before you unvailed it. So, once you get it from the sorties you immediately sell it to other players. The price of veiled riven mods are different depending on what for these mods(pistol rifle melee or shotguns). Selling riven mods is a really good way to earn some small amount of platinum because you’re guaranteed to get something for it and I would almost guarantee you that you can sell these rivens within minutes starting to shouting to the trade chat. The disadvantage of this compared to other methods is that you don’t get lots of platinum on this.

The second way you can earn platinum from rivens is to unveil the riven mods and then you sell it if it’s like for a good useful weapon. The disadvantage here is that once you unveil it and if it’s that useless weapon then you are stuck with that. You’re probably not going to be able to sell it or if you are is going to be very low price. So, there are a few scenarios here. One is that is a somewhat useful weapon and then you can sell it for a little bit of platinum if it’s like a good ones and you can actually get like at least 100 platinum I guess and if it’s like a must-have it could be like Sicarus, Brakk, Opticor, Scoliac, Lenz, Soma, Atterax over 100-200 maybe 300 platinum I suppose even if the stats are not really good as long as it’s unrolled.

Now, the third way that you can earn platinum from riven mods is if you either unveil one of your own riven mods or you buy an unrolled riven mod from another player for a good weapon. And then you just roll it until it becomes good or even a God riven. Just know that if you do it this way then the moment you press that roll button you are going to be stuck with that riven mod. It’s going to be much more difficult to sell it if you’re rolled it even one time. So, you have to go the whole way until it becomes like a God riven mod. What you’re looking for is something with three positive stats and one negative one typically and the positive of course should be something like damage, critical chance, multishot depends on what weapon is for and the negative should be something insignificant like zoom, damage to faction or fight speed or something like that.

So, if you manage to get a really good roll on one of your riven mods and if it’s for a good weapon then you can be able to sell the mod for lots of platinum. It’s going to make you really rich but it’s gonna take you some luck and maybe a lot of time to get this right. And, of course, you need to have lots of kuva so definitely read how to farm kuva.

There you have it guys those are my recommendations on what’s best to sell to earn a steady constant stream of platinum. The platinum you gain from this should be enough to buy you a few warframe and weapon slots, perhaps some coloring packs and once you’ve saved up a little all the cosmetics you can desire. As I said, this is a slow process so give it some time and don’t expect to become a millionaire overnight. So, do you guys agree with my recommendations, what are your favorite methods of earning platinum in warframe? Let me know down in the comments below. See ya! 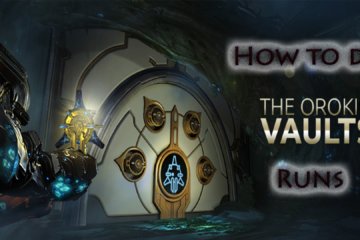 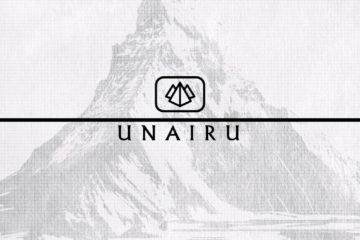 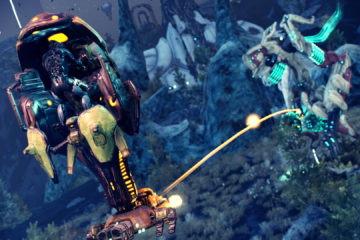