Hey guys and welcome to another Warframe Build article. Today we’re gonna take a quick look at our first two-handed Nikana that was introduced with update 24.4 the Tatsu.

Now first things first you can get the blueprint for it on the market. The Tatsu blueprint itself will cost you 20,000 credits and to build a weapon you have to put an additional 5,000 credits, two argon crystals, 1200 Kuva, 100 Auroxium Alloy, and 100 Hespazym Alloy.

The Tatsu requires at least mastery rank 7 to use and does 96 damage per hit. The highest damage type here is radiation at 31 followed by slash at 27, puncture at 23, and finally, impact at only 15. The Tatsu is somewhat slow with an attack speed of only 1.

It also has pretty low crit chance at only 11% and a below-average crit multiplier at 1.9x times but it does have a decent 23% status chance. And the weapon also comes with no innate polarities other than a V in the stance slot which matches Wise Razor.

Finally, the Tatsu also comes with its own unique mechanic which is unfortunately pretty underwhelming. The way it works is that whenever you kill something you get a charge and according to the wiki you can actually store two of these. Then if you do two charge attacks one after another you fire a projectile that will hormone to enemies to some extent and do a little bit of damage while having a chance to proc status.

And the problem here is that it just takes way too long for the amount of damage it does. This probably would have been a lot better with the old melee system but with a new one where you can very easily and quickly switch between melee and firearms there is really no reason to do this over just shooting the enemy with a gun.

Now, the Tatsu Build I ended up running is a pretty straightforward two forma status build where I’ve added two V’s. This build will easily take you through the entire Star Chart and even do sorties for you.

So, the stance I’m using is Wise Razor. Then we have Prime Pressure Point for melee damage, Primed Fury for attack speed, Primed Reach which really helps you cleave down groups of enemies. Followed that up with Condition Overload for more melee damage as we proc status on the enemy. Drifting Contact for combo duration and status chance, Volcanic Edge for heat and status chance. And then Virulent Scourge and Voltaic Strike for corrosive and status chance.

In conclusion, the Tatsu is just a really fun melee weapon that does good damage with not too much of an investment, and it has a really cool move set as well. So, definitely check it out. And it’s pretty much all I wanted to say. So, thank you very much for reading. I hope you’ve enjoyed the Tatsu Build article and I will see you next time. Bye-bye. 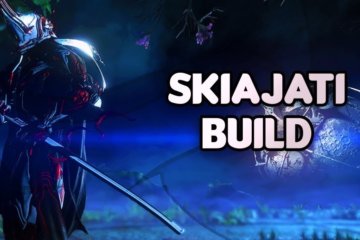 Hey guys and welcome to another Warframe build article. Today we’re gonna take a quick look at a very special weapon indeed. It is the weapon of the long-awaited Excalibur Umbra and the first weapon to be introduced with Umbra polarities the Skiajati. 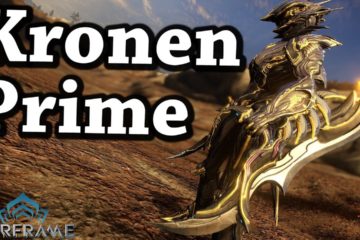