How To Get Kronen Prime

The Kronen Prime requires you to be at least master rank 8 to use it. And it does 66 damage with each heat: 52.8 is a slash damage and the rest is split equally between impact and puncture at 6.6 each. It has an attack speed of 1.17 which is decently fast, a pretty low crit chance as 12% with a standard 2.0x multiplier, and a decent 24% status chance. It comes with two polarities a V and a D, and it has a V polarity in the stance slot which matches Gemini Cross and the PvP stance Star Divide.

So, it’s not a massive upgrade over the original Kronen. It does one more base damage. It has 7% more crit chance. It has 0.5 higher crit multiplier, 4% extra status chance, and it’s a little bit faster and has polarities whereas the original one didn’t.

The build I went for on the Kronen Prime doesn’t require any forma and it’s sort of a modified condition overload build. The stance I’m using is Gemini Cross because it matches the polarity but also has a lot of slash procs. Then there is Primed Pressure Point for damage, Primed Fury for attack speed, Condition Overload so we get even more damage as we proc status on the enemy, Drifting Contact for increase combo duration and some status chance, Vicious Frost and Virulent Scourge for viral damage and even more status chance.

Then we have Relentless Combination which is gonna make our slash procs give us extra combo so our combo counter stacks really fast. And finally, I have Organ Shatter which may look a little bit weird but it’s because I have two gladiator mods on all my melee builds so I have a mini blood rush effect for scaling crit chance. And this is pretty effective in longer missions at least even though the weapon only has 12% crit chance. And it’s because of Relentless Combination and Gemini Cross which stacks your combo counter really damn fast. So, it’s not as effective in situations in the Simulacrum where you have a cold start because you just don’t have any combo counter stacked up so you’re not gonna crit very often.

With that said though the Kronen Prime still does a ton of damage even from a cold start because it’s a condition overload weapon that does mostly slash procs and has a stance that forces slash procs on top of that. And that in combination with fairly frequent viral procs which will temporarily reduce the enemy health by half which basically makes the slash procs do double damage is more than enough to take you through the entire Star Chart and butcher sorties as well.

It doesn’t even matter what faction the enemies are because slash procs do true damage so they will bypass armor and shields. Which is why it’s such a shame that the weapon feels like ass because the range is unforgivably low. I generally put Primed Reach or at least the standard Reach on all my melee weapons because I really enjoyed the extra range but the base range on the Kronen Prime is so bad putting on Primed Reach just doesn’t do anything and it feels like a waste of a mod slot.

It’s not too bad when you’re fighting the Infested because most of them will run straight at you. But if you’re fighting any of the other factions if you’re not aiming straight at them and you’re not right in their face you’re just going to miss them. And it kills me because the Kronen Prime looks really cool and tonfas, in general, have gorgeous animations so I really wanted to like it. But the range just kills it.

You might be able to bypass this issue if you have a really good riven for the weapon because at the moment it has perfect riven disposition so you can get like a really busted riven with a ton of range. But on its own, as it is bad and right now it is about as much range as a dagger without any of the benefits of daggers. So, I can only recommend this weapon if you’re not bothered by extremely short range. And that’s pretty much it and I thank you very much for reading. I hope you’ve enjoyed the article and I will see you next time. Bye-bye. 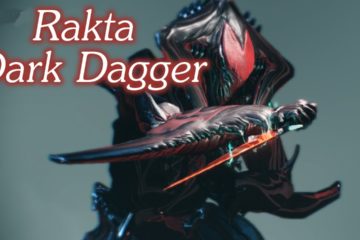 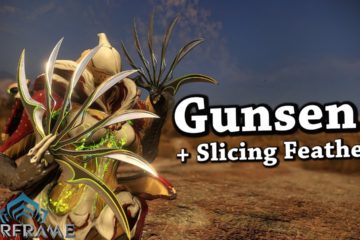