I’ve been having a lot of fun with this Nezha build and I hope you will too. So let’s get right to it.

Now the aura I’m using here is Corrosive Projection because we’re doing mostly heat damage and heat damage is terrible versus armor so this helps with the Grineer and Corrupted. Then I have Primed Continuity for some extra duration for Fire Walker and Divine Spears which is followed up by Intensify, Power Drift, Augur Secrets, and Energy Conversion for power strength.

Energy Conversion is a mod that you can get from Cephalon Simaris on any of the relays. And what it does is whenever you pick up an energy orb the next abilities you cast were a 50% bonus power strength. This is a really good way to get some extra power strength without downsides for a build like this because enemies marked by Blazing Chakram which are going to be using a lot have a pretty good chance to drop an energy orb. And that in combination with the random energy orbs the enemies will drop anyway means that it’s going to be a lot.

The next mod I have here is Vitality and this is because Warding Halo no longer protects you from all the damage but it instead gives you 90 percent damage reduction. This isn’t entirely necessary in the low level missions but if you’re doing high level missions Nezha base health just isn’t high enough to handle the damage that gets through your Warding Halo.

Then I wanted some efficiency so I have Fleeting Expertise that’s two ranks from the top to save on some duration and a fully ranked Streamline. This is really nice for a warframe like this where you want to use your entire toolkit or the time rather than just one maybe two abilities.

And the final mod that I have here is Reaping Chakram which makes it so that marked enemies have a high chance of dropping a health orb but also whenever your Chakram bounces its damage is doubled. This is what produces the result where a single chakram throw can easily decimate a group of enemies.

And it’s not just with the Corpus. It will do the same thing to the Infested if you don’t have a bad combination of Ancients in there. And since I switched from Energy Siphon to Corrosive Projection it decimates the Grineer as well. Though the first few bounces do very little damage so there will always be a couple of stragglers left behind.

Overall, it’s just a well-rounded Nezha build. You have a ton of damage reduction from Warding Halo. You have some croud control from Divine Spears, some ability from Fire Walker, and Blazing Chakram gives you all the damage you need on top of giving you sustain on both health and energy. And that’s pretty much all I wanted to say. So, I thank you very much for reading. I hope you’ve enjoyed Nezha Chakram Build and I will see you next time. Bye-bye. 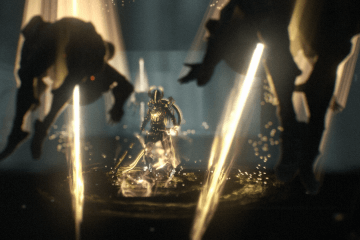 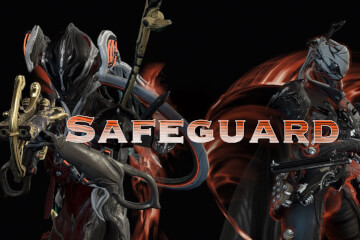 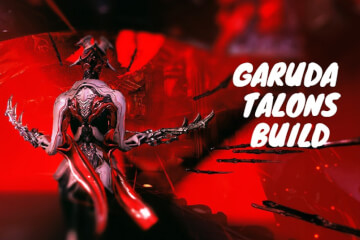