Hey guys and welcome to another Warframe farming guide. Today I want to talk a little bit about farming the new Jupiter resource - Hexenon.

First of all, the frame I would recommend you, to farm this new resource, would be Nekros with Desecrate Build on.

So, what is the best place to farm Hexenon? Well, it is the Dark Sector Survival which in this case is Cameria. And the reason it’s the best is that firstly we have a 20% resource drop rate booster which elevates above every other mission already and secondly it’s an Infested mission rather than a Corpus mission. And the Infested generally make their way through the tileset a lot faster than the other faction which means you can kill them more quickly so they can respond faster, resulting in higher kills per minute overall. And that is precisely what you want if you’re farming something, you want to roll that loot dice as often as possible. 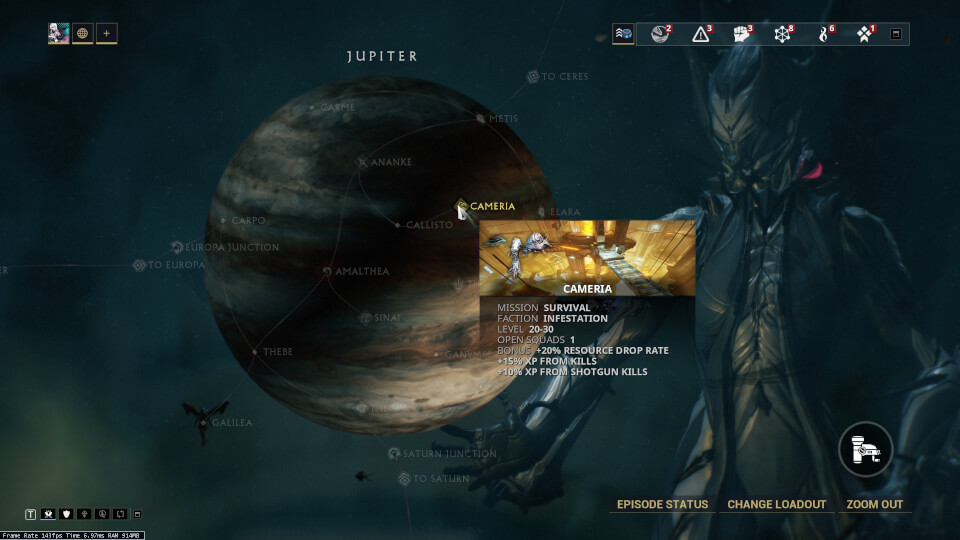 It is an excellent mission for farming other rare resources like Neural Sensors as well. This mission is not just good for Hexenon because even if you’re solo which means you generally get fewer enemies than if you were in a four-man party where more enemies will spawn to accommodate more players, you’ll be averaging somewhere between 200 and 250 killed enemies per five minutes. And it’s quite a lot. It’s kind of on the upper end of farming missions when it comes to kills per minute.

Before you look at some of the numbers, I would like to point out that I am running a resource booster so I’m getting double amount of the resources.

So, at 5 minutes this was one of the good sort of average runs I had 238 enemies killed with 56 Hexenon. At around 10 minutes is usually where you will hit that 500 enemies mark I got 150 Hexenon. At 15 minutes things kind of slow down I had 680 kills and didn’t get any Hexenon which kind of showcases how sporadic it can be. And finally, there is the 20 minutes mark where I had 900 enemies killed and ended up with 186 Hexenon. But once again this is with a booster so, in reality, it’s 93 if you’re not running a booster.

Now, getting 100 Hexenon in 20 minutes might not sound like a lot but you have to bear in mind that it’s nearly the worst case scenario. It’s for people that like to play alone and only have Nekros and that’s it. If you have just that if, you’re playing alone and you’re farming with Nekros you’re going to get about 100 per 20 minutes.

However, if you bring three other people with you or you just jump into a random squad, and you bring a weapon that does primarily slash damage so the enemies are cut into pieces and you can desecrate each piece separately, and also you bring Smeeta Kavat then you’re going to get a lot more Hexenon.

Use extractor to get Hexenon

Now, there is however, something else you can do at the same time to get Hexenon. So, if you had over to the in-game market and you search for Extractor you can pick up a Distilling Extractor which is a reusable blueprint for 50,000 credits. Then you want to head into your foundry and build that extractor which will take 50,000 credits, 1,000 Polymer Bundles and 150 Oxium. Once the foundry finished building the extractor simply head over to Jupiter in your navigation and deploy the extractor and that’s it. 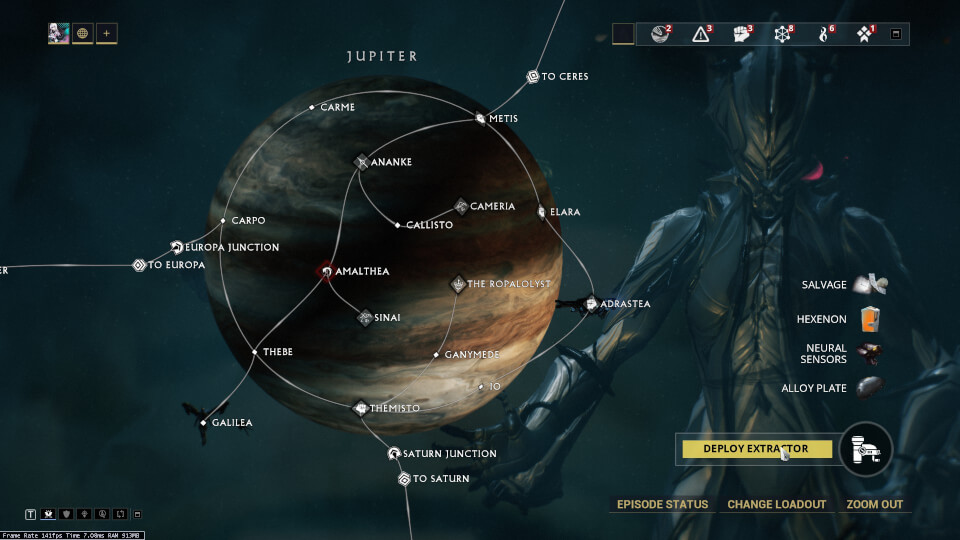 Now that you have an extractor on Jupiter you can check on it and collect free resources every four hours. And since we chose the Distilling Extractor rather than Titan Extractor there is a good chance it will collect Neural Sensors and Hexenon.

Finally, one thing that’s also definitely worth mentioning is that you can farm the Ropalolyst which is an assassination mission on Jupiter, but I would do this only if you’re sick and tired of farming the Survival and if you still need some of the Amalgam mods or Wisp parts.

And that’s pretty much all I want to say about Hexenon farming. I hope you’ve enjoyed the farming guide and it was helpful. I wish you good luck when farming Hexenon, and I will see you next time. Bye-bye.

Original How and Where to get Hexenon Video 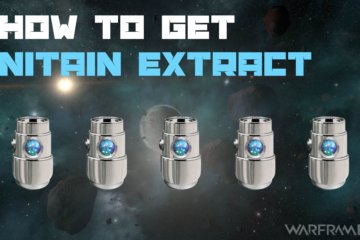 Hey guys and welcome to another Warframe farming guide. Today I want to talk about Nitain Extract. A pretty annoying resource when it comes to farming. 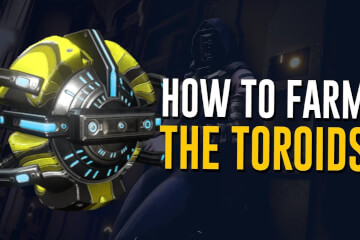 How and Where to get Toroids

Hey guys and welcome to another Warframe farming guide. Today I’m gonna show you where you can get all three types of the different toroids that you need to either build Garuda or to gain standing with the Vox Solaris Syndicate in Warframe. 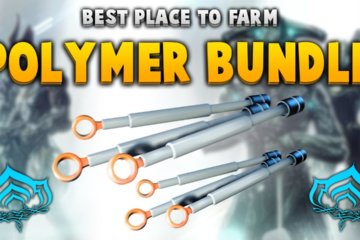 Hey guys and welcome to another Warframe farming guide. Today I want to show you where and how to farm polymer bundles.