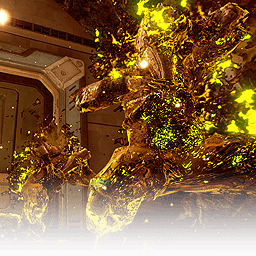 Saryn’s first ability is Spores. Saryn creates a couple of spores on an enemy unit. These deal Corrosive damage per second and have a chance to cause a Corrosive status effect, reducing enemy armor. These spores can be spread to other enemies. This can be achieved by destroying a spore with a weapon or ability. The spore will burst and nearby enemies will be infected with new spores. The spore that burst will then regrow on the original host. This will spread one spore. If an afflicted enemy dies, all spores will burst and infect nearby enemies but this will only occur if the enemy is killed by Saryn or another player. Spores do not spread if enemies are killed by the spores’ damage over time except if they were directly infected by casting the ability on them.

While there are active spores, the damage they do will increase over time, depending on the amount of enemies infected. More enemies infected means the damage will increase faster up to a cap. You can see the current Spores damage above your ability icons. When there are no enemies infected by Spores, the damage over time that has been accumulated will decrease immediately, after which it will start decaying over time until it reaches the starting Spores’ damage. The full decay can be prevented by casting Spores on another enemy before the damage decays completely. While there are active spores, Saryn can keep using the ability to infect other enemies. These spores that Saryn casts will have an energy discount but the overall damage over time of Spores will be reduced. Spores can also be cast on infected enemies, adding new spores. 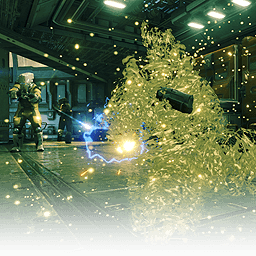 Saryn’s second ability is Molt. Saryn shed’s her skin, leaving behind a decoy that draws enemy fire. Casting Molt will remove all status effects afflicting Saryn and will give her a bonus to movement speed for a short duration. The decoy left behind has its own health and is invulnerable for a few seconds after Saryn casts the ability. During the invulnerability period, incoming damage is absorbed and added to its health pool. This decoy will explode when it is destroyed, the ability’s duration expires or if the ability is cast again. The resulting explosion will deal Toxin damage to nearby enemies and will cause Toxin status effects, dealing damage over time. Molt causes the decoy to be placed at Saryn’s exact position when cast. 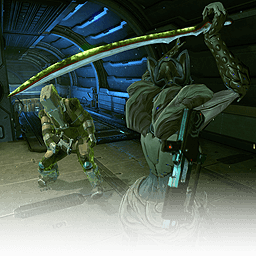 Saryn’s third ability is Toxic Lash. Saryn imbues all her weapons with Toxin damage. While the ability lasts, all of Saryn’s weapons will deal additional Toxin damage, with melee weapons getting a stronger bonus, and will inflict Toxin status effects, poisoning enemies. The added Toxin damage will not mix with the elemental damage of Saryn’s weapons. While Toxic Lash is active, Saryn’s attacks will burst all spores on infected enemies that she hits, spreading them to nearby enemies. Toxic Lash will also increase the melee weapon’s damage reduction while blocking. 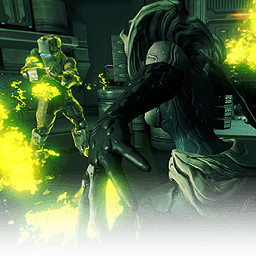 Saryn’s fourth ability is Miasma. Saryn releases a poisonous miasma which briefly stuns enemies in range and makes them sick for a short duration. While sick, enemies will take Viral damage over time and will be inflicted with a Viral status effect, reducing their maximum health. Enemies infected with Spores will take more damage and will spread the spores if they die during Miasma.

Ability Strength mods affect the initial damage and damage growth of Spores, its status chance and the total damage reduced, either after casting Spores while the ability is still active or by no longer having enemies affected by them. They also affect Molt’s explosion damage, the decoy’s health and Saryn’s movement speed bonus as well as Toxic Lash’s additional Toxin damage and its melee weapon damage reduction during blocking and also the damage of Miasma. Ability Range mods affect the cast range and spread radius of Spores and the radius of Miasma and Molt’s explosion. Ability Duration mods affect the rate of decay of Spore’s damage when it’s no longer active, the lifespan of Molt’s decoy and the duration of Saryn’s movement speed bonus, the duration of Toxic Lash and the sickness duration of Miasma.

So, all things considered, here are some builds you may want to try on your Saryn: 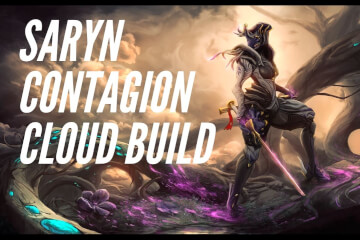 Hello and welcome to another Warframe Build article. Today we’re going to check out Saryn Build that focused around the Contagion Cloud augment. It’s one of the augments that got changed or rather buffed with the latest update so I wanted to see what I can do with it.